Dianne Edmondson is a community leader and grassroots political activist with broad-based experience and knowledge coupled with a passion for public service. Also a successful entrepreneur, Dianne and husband Bob founded and built a successful technical recruiting firm from which she retired in 2006. The Edmondsons are the parents of three adult children (one deceased) and grandparents of seven. Just last year, they were blessed to become great grandparents to two darling boys. Bob and Dianne faithfully attend New Life Church and help support their various ministries.

She is a well-respected, grassroots, Constitutional conservative who led the Denton County Republican Party for 14 years prior to retiring in 2016. During her tenure, Denton County was widely recognized as an example of a well-run, reliably-red county which would deliver net Republican votes to offset up to a dozen Democrat counties in state-wide races. Dianne has built good relationships with our County elected officials, as well as many State wide elected officials and also with surrounding counties’ Republicans. She has testified before the State Legislature and works well with the County’s legislative delegation. 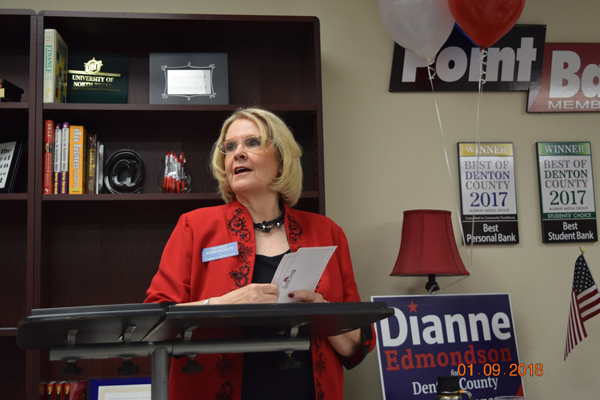 Urged by many Denton County Republicans to enter the Pct. 4 Commissioners’ race when then-Commissioner Andy Eads chose to run for County Judge in 2018, Dianne filed and after a four-person primary and a two-person runoff, was selected as the GOP nominee. She faced a Democrat in the General Election, and was once again successful, with 61% of the vote.

Dianne’s community involvement spans many years, and leadership is her hallmark. She has proven leadership and demonstrated conservative principles, serving in many leadership roles throughout her years in Denton County. As our Commissioner, she now works tirelessly with the citizens and leaders of Pct. 4 to find the best solutions to the challenges our rapid growth brings.

As a new County Commissioner, she was in the forefront of efforts to enact a Senior Tax Cap and a Homestead Exemption for the County’s homeowners. These two tax reductions can NEVER be repealed, and cannot be lowered, only increased.

Her efforts now are centered upon wise and efficient use of the taxpayers’ monies as the County faces tremendous growth. Among those efforts are two new courts here in Denton County, upgraded Information Technology systems, additional law enforcement staffing, a fully-prepared Public Health Department, and market-based pay scale for the County’s 1800 employees. 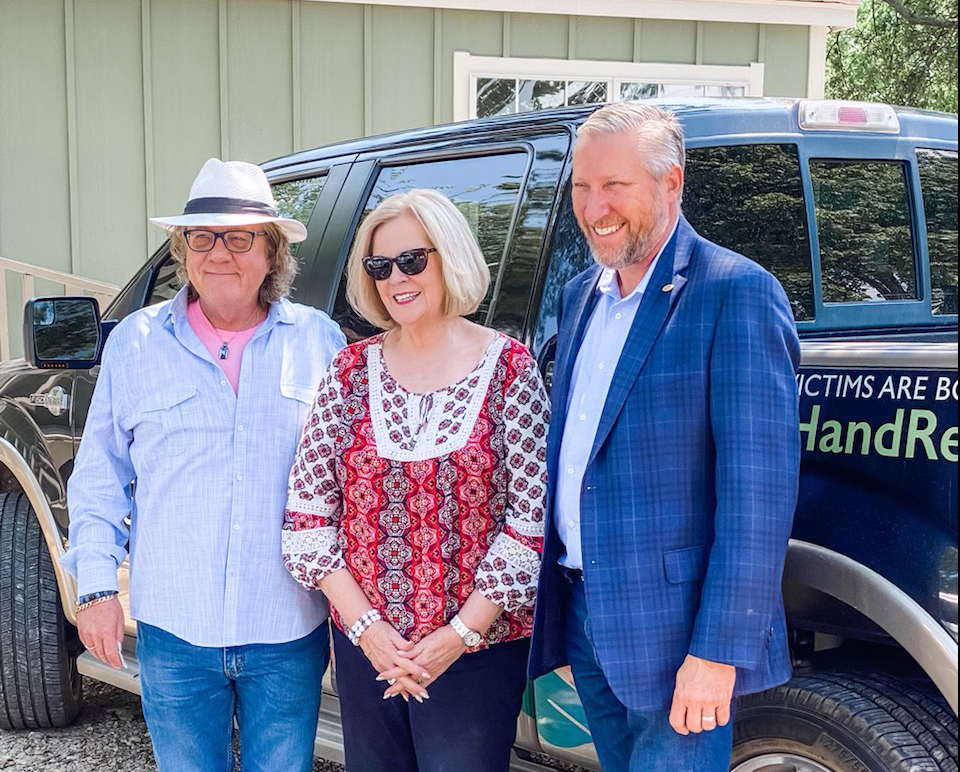 She puts out a periodic e-newsletter to keep residents informed on various issues of interest to Precinct 4. If you would like to be included, you can request that here: Dianne.edmondson@dentoncounty.gov.